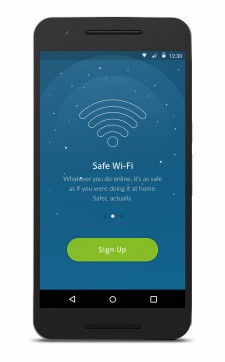 NEW YORK, February 23, 2018 (Newswire.com) - Android devices have recently been under fire for the lack of security provided to their users.

For example, it was revealed that the Lebanese Security Agency has been implanting fake apps into Android users’ phones. That allowed the agency to follow people in many countries – journalists, activists, military members and others.

In addition, it was found that three quarters of all Android devices were running on security patches at least two months old, posing risks to the users.

Users can take certain steps to take Android device security into their own hands. Here are 4 tips from NordVPN on how to keep an Android phone safe:

1. Make sure not to download fake apps – do not click on phishing messages. Some original apps from Google Play may have trackers that sell users’ data to advertisers. However, even more dangerous are fake apps – like those that are being implanted by the Lebanese Security Agency into targeted Android phones in 21 countries. The government hacking group pieces together text messages, browsing history, call logs and location data and can even activate device cameras to photograph or record the target. The targets could be tracked because they downloaded a fake version of messaging apps like Signal or Whatsapp through phishing messages received on Facebook or Whatsapp.

2. Get serious about passwords. According to a survey, 80 percent of Internet users re-use the same password across multiple accounts. Once a hacker is able to read one of your passwords – either on a computer or iPad – they would be able to unlock all your devices, including mobile, and read your emails, enter your bank accounts, and so on. The best way to go is one of the password managers that select and store different passwords for each account.

3. Accept all software updates & security patches. Android devices – the same way as Apple – have recently revealed processor vulnerabilities, that could also be used to exploit a smartphone and steal personal data. The only way to avoid these chip flaws is to update the phone whenever newest patches are released.

4. Install a VPN. You might have downloaded apps without malware and installed newest security patches, but all your communications and Internet browsing can still be intercepted in you don’t use a VPN. “A VPN is a must on all smart devices, including mobile,” said Marty P. Kamden, CMO of NordVPN. “It safely encrypts all information traveling between a device and a VPN server.” NordVPN offers an application built specifically for Android devices.

To find out more about NordVPN for Android, visit the company’s website.