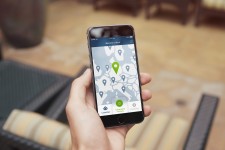 As VPNs go mainstream, NordVPN reviews some of VPN myths and clarifies a few major issues that users have with VPNs.

NEW YORK, September 21, 2017 (Newswire.com) - VPNs (Virtual Private Networks) are going mainstream. For example, NordVPN has seen a 300% user increase this year, mostly due to new Internet regulations and restrictions in various countries around the world. New regulations include current government surveillance techniques or additional geo-restricted content. In addition, due to an increase in hacking incidents, VPNs are becoming very popular tools to protect Internet users’ security.

By using a VPN, one’s Internet traffic gets encrypted into a secure tunnel between two points: the computer and a VPN server. Therefore, no one can access the data that passes through the tunnel – it becomes invisible to ISPs, government snoopers, identity thieves and hackers.

However, there are still many myths surrounding VPNs and how they can be useful to an average Internet user.

NordVPN lists some of the major misconceptions and clarifies a few major issues that users have with VPNs.

1. No matter what they claim, all VPNs log user traffic. Some VPN providers actually don’t have a choice - they must log their users’ Internet activity as required by law, depending on the country where they operate. VPN service providers based in one of 14 Eyes or 5 Eyes countries usually must log user traffic. When user information is logged, it could be easily shared with the government or any third parties. However, if a VPN operates from a country where traffic logs are not required by the government, it will delete user activity after each session - and then there are no obstacles preventing the organization from running a log-less service.

2. Free VPNs offer the same level of protection. A VPN provider which offers a free service must earn money somehow. Server maintenance is expensive, not to mention the salaries for the staff and other expenses. Usually, a VPN provider that is offering a free service will be using other ways to earn money – and it’s usually through selling user data. A safe VPN will have a price. Paid VPNs will also usually offer faster speeds and other advantages.

3. VPNs slow down Internet traffic. Since VPN works as an encryption tunnel, it can sometimes slow down the Internet. However, the slowdown shouldn’t be significant in most cases. If it is, that means the VPN might be having some temporary technical problems, or it’s time to switch to another provider. If a VPN provider is a paid service, they will usually offer a larger selection of servers to connect to – so when one is heavily loaded and slow, it’s easy to connect to another one.  Connecting to a server that’s closer geographically might solve the slowdown issue.

4. VPN is a tool that works equally for anyone. In fact, VPN connection quality depends on a great variety of factors. Different network environments, ISPs and the way they handle traffic, VPN server load and distance between the user and a datacenter, device, plays important role in service's behavior. Not to mention additional software installed, the configuration method and so on.

5. All VPNs offer the same level of encryption. In truth, VPN encryption protocols can differ, some of these protocols being more secure than others. Users should avoid the PPTP protocol, which was one of the first security protocols introduced – however, it is now considered to be weak and insecure. The safest VPN protocols are OpenVPN and also IKEv2/IPsec, which employs very strong cryptographic algorithms and keys.

6. Proxy is the same as VPN. Some users make the mistake of confusing proxies with VPNs - at the expense of their online security. Proxies do not protect from government surveillance, data tracking or hackers. Those who are not concerned about keeping their Internet traffic safe, and only want to stream a movie, can use proxies. Otherwise, in order to protect security and privacy, a VPN is recommended over a proxy.

7. It will work on all platforms. Not all VPNs work on every platform – some might operate only on Apple devices, for example. A well-established VPN functions across different platforms, including iOS, macOS, Android and Windows.

8. VPN is only for technically savvy people. There are still some VPNs with clumsy websites and hard-to-find buttons. That’s because when VPNs entered the market, they were initially used mostly by technology geeks. Currently, many VPNs have updated their user interfaces and are easy to use by anyone who goes online. For example, NordVPN only requires turning the ON button. It offers apps for macOS, iOS, Windows and Android, and can quickly connect a user to the desired destination by simply clicking on the country name. NordVPN apps contain many user-friendly features, including kill switch, detailed server list, access to SmartPlay technology and more.

NordVPN is one of the most advanced VPN service providers that is more security-oriented than most VPN services. It offers double VPN encryption, kill switch and IKEv2/IPsec protocol. It launched Android, Mac, iOS and Windows Apps that provide a unique algorithm, allowing to automatically connect to the fastest server. The product is very user friendly, offers one of the best prices on the market, has over 1,000 servers worldwide and is P2P friendly. One of the key features of NordVPN is zero log policy. www.nordvpn.com